About the Benedictine Sisters of Erie

Everything I am I owe to the Benedictine Sisters of Erie. They accepted and formed me; they educated and broadened my vision. They enabled me to take risks and supported me in the most difficult of times. They released me to follow the natural gifts I’d been given. As a result of that trust and support, I grew to fullness in a way I could not have done without them. Most of all, they loved me to life. 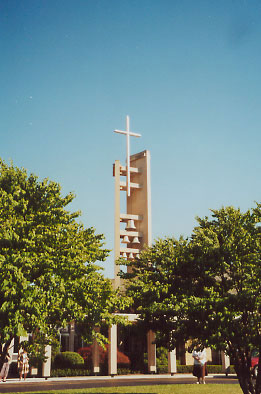 Sister Joan Chittister is a member of the Benedictine Sisters of Erie, PA, and served as the community's prioress for 12 years.

The Erie Benedictines are part of a 1,500-year religious tradition founded by Saint Benedict of Nursia who was born in the latter part of the fifth century, just as the Roman empire was declining. As a young student in Rome, he tired of the decadent culture around and resolved to change the system not by confronting it, but by positing an alternative. Benedict simply refused to become what such a system modeled and began living otherwise, refusing to accept the moral standard around him and forming other people into organized communities to do the same. His communities outlawed slavery where they were, devoted themselves to the sharing of goods; committed themselves to the care of the earth and vowed to grow together into full humanity and stable, productive communities through a daily rhythm of prayer, work, love, forgiveness and reconciliation.

Thousands followed in his footsteps, including the Benedictine Sisters of Erie who came to the United States from Bavaria in 1856 to teach immigrant German children, and who for a century and a half have lived a communal life and cared for the poor and marginalized in northwestern Pennsylvania.

Joan Chittister entered the Benedictine Sisters of Erie at the age of 16 and has remained a faithful and instrumental member for over 60 years.

Click the button below to learn more about the Benedictine Sisters of Erie and how you can support their efforts.