Get to know Sister Joan

Joan Chittister is one of the most influential religious and social leaders of our time. For over 50 years she has passionately advocated on behalf of peace, human rights, women’s issues, and monastic and church renewal. A much sought-after international speaker, she is also a best-selling author of more than 60 books, hundreds of articles, and an online column for the National Catholic Reporter. She has served as president of the Leadership Conference of Women Religious and president of the Conference of American Benedictine Prioresses, and for 12 years, she was prioress of her community, the Benedictine Sisters of Erie, Pennsylvania. Sister Joan is executive director of Benetvision, a resource and research center for contemporary spirituality, and animator of the online movement, Monasteries of the Heart. She holds a doctorate in communications from Penn State University.

In 2019 Sister Joan was the featured guest of Oprah Winfrey on "Super Soul Sunday," about her book, The Time is Now. Her first interview with Oprah was in 2015.

She has appeared on “Meet the Press” with Tim Russert, “60 Minutes,” “CBS News,” “NOW” with Bill Moyers and numerous BBC and NPR programs including “Weekend Edition Sunday” with Liane Hansen and “On Being” with Krista Tippett. She is one of the most popular and requested speakers at the iconic Chautauqua Institution in southwestern New York State.

In 2014 the Joan Chittister Lecture Series was inaugurated at Mercyhurst University, Erie, PA, in conjunction with the dedication of the The Helen Boyle Memorial Archive in Honor of Joan D. Chittister. Her “In Conversation” series has included sessions with journalists Maria Shriver (2015) and Cokie Roberts (2017), and former President of Ireland Mary McAleese (2022). 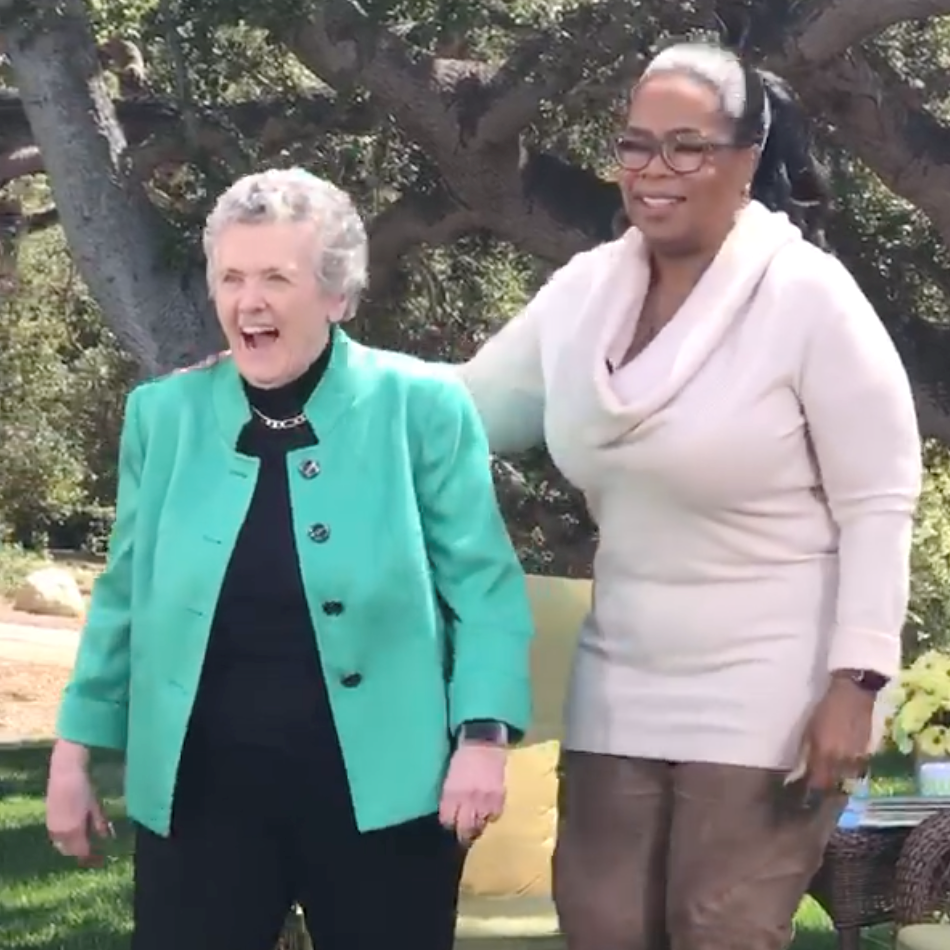 Life must be lived forward but we can only understand it backwards... an archive holds the key to the imagination that drove [the work] it preserves and the results that evolved. An archive exposes the lighthouse and the hermit cave where old ideas are kept and new ideas can begin.

Sister Joan’s archive is a collaborative effort of Pennsylvania State University, Mercyhurst University and Mount Saint Benedict Monastery. “This three-way partnership that we share with Mercyhurst and Penn State is a unique way to present and share Joan’s achievements with a broad audience,” explained Sister Anne Wambach, then prioress of the Benedictine Sisters of Erie at the 2014 dedication. “Nothing could please us more than to bring this dream to fruition and to celebrate the giftedness of a woman we call sister ─ a woman who embodies a vision of peace and justice that inspires and challenges all of us to do the same." 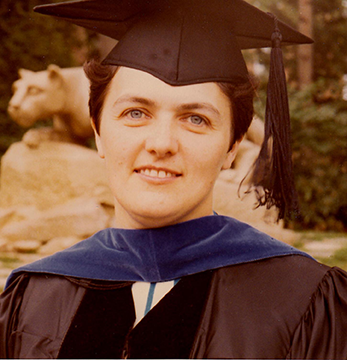 The Eberly Family Special Collections Library at Penn State is the chief repository of Sister Joan's material. A formal dedication of the Joan Chittister archives was held at Penn State, October 14-15, 2015. 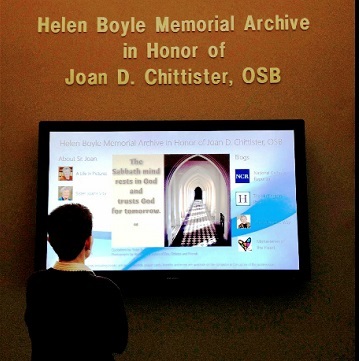 Viewing the giant screen at the Helen Boyle Memorial Archive in Honor of Joan D. Chittister 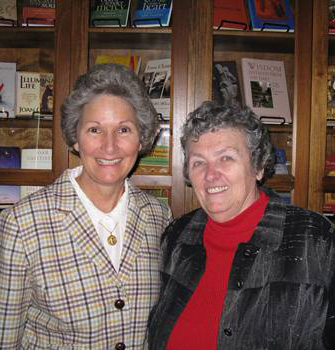 The Benedictine Sisters of Erie, PA have also dedicated a permanent archive room at Mount Saint Benedict Monastery with access to her books, articles and memorabilia for study, research, enrichment and inspiration.