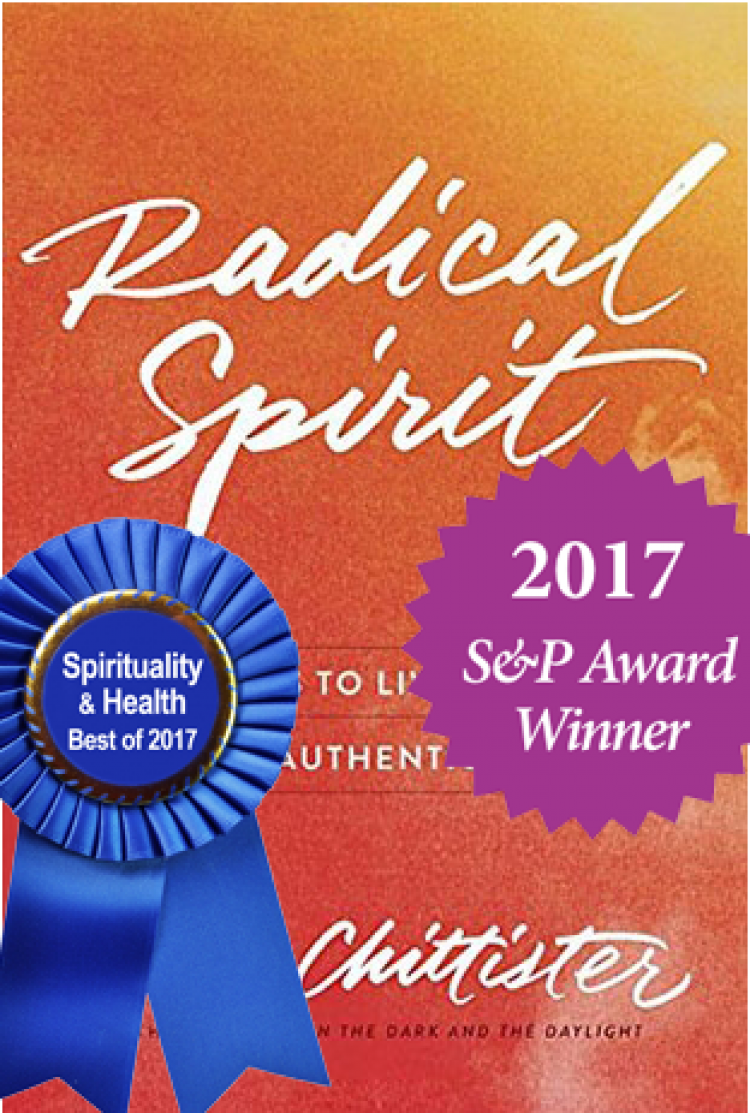 This is the eleventh article in Sister Joan's NCR series on humility.

What we say, and how we say it, defines us.

It doesn't seem right to laugh at so wise and solemn a statement as the 11th step of humility. It says that we must "speak gently and without laugher, seriously and with becoming modesty, briefly and reasonably, but without raising our voices, as it is written: 'The wise are known by few words.' "

But honestly have you seen or heard much that's being said by important people these days — politicians in particular — that is "modest, brief, reasonable and modulated?" On the contrary.

Modesty has morphed into the kind of five-star narcissism never before heard in public discourse at anytime, anywhere.

Rationality has become "What rationality?" and civility is obvious only in the past.

In fact, the louder commentators and government officials can outshout the opposition, the better. That way, only the final votes on various issues count, not the arguments that purport to support or oppose them, so that in the end, the voters of the country never really know enough about the issues to confront it.

There was a time when I thought that this step of humility was so obvious as to be an embarrassing crowning statement of one of the major documents of the ages, the sixth century Rule of Benedict. Then I listened to modern political speech a little longer, and realized that this step of humility may well be the most fundamental spiritual lesson of them all. Especially now.

Until we achieve simplicity, honesty and a sincere search for compromise in the political arena, we may never again trust either the proposals or the politics of the country. The professional politicians who say that politics is all about "the common good, the Constitution and the division of powers in a democratic state" as they plot to pack the Supreme Court with politicized judges and suppress voting while they do it, give the lie to "freedom and justice for all." Please spare us the song and dance routine.

Years ago, I figured, Benedict's world would have been a pretty bucolic place. At least until I knew a bit more about the Roman Empire and its fall, the persecution of the faith and its martyrdoms, the collapse of social order and the takeover by the barbarians — the foreigners and immigrants of their time.

And yet, in the midst of that kind of upheaval, the writer of this rule called for measured tones and gentle words. More than that, he called Roman men of all people — the privileged and the powerful — to live gently and kindly, humbly and reasonably. Amazing.

How realistic, I wondered, was such a proposal either there or in my own country, in my own time.

Then, one day, I came across a study that turned my head around completely. It read: Medieval monarch Frederick II (Holy Roman Emperor, A.D. 1194-1250), was alleged to have carried out a number of experiments on people. These experiments were recorded by the monk Salimbene di Adam, an Italian Franciscan friar, in his Chronicles.

Frederick II, Salimbene di Adam recorded, carried out a language deprivation experiment. Young infants, he decreed, would be raised without human interaction. That way, he thought, he could determine if there was an innate natural language that would emerge in them — Hebrew, Greek, Latin or Arabic — once their voices matured. He was seeking to discover, Salimbene said, what language would have been imparted unto Adam and Eve by God.

Salimbene di Adam wrote that Frederick encouraged "foster-mothers and nurses to suckle and bathe and wash the children, but in no ways to prattle or speak with them." But, di Adam reported, "The children could not live without clappings of the hands, and gestures, and gladness of countenance, and blandishments."

And so, all the children died. But it, and so much of contemporary social psychology research, has much to say to us. First, communication is part of the life force that drives us, shapes us, brings us to fullness of life. But, second, perhaps just as importantly, the way we communicate will determine the quality of our own lives as well as the lives of those we touch.

But I didn't really need academic studies to prove the truth of it. I have traveled a great deal in a world where international contact and "citizen diplomacy" has become a standard part of a global world. And I have learned the hard way in a global world that language is the key to all of it. The night I was stranded in the mountains of Italy and minutes away from the foot of the mountain and the last bus back to the city was excruciating. I had no way to call a cab; no way to ask for help; no way to find lodging in the dark.

Or the day in Egypt that I could not find my way out of the bazaar and back to our cab because I could not read street signs, or storefronts either for that matter, let alone make a phone call.

Or the day that the train we were on went on strike and left us on the siding, too late to catch our train to Switzerland and no way to get reservations for the night. The sense of isolation was overwhelming.

The examples are endless. I can still feel the fear of it all, even in the attempt to tell the stories. We are a people of mixed tongues trying together to build a better world. And what can substitute for the languages we do not have?

Never has understanding been more significant than in our own time. The globe is a chattering, blathering, polyphony of languages now. A veritable Tower of Babel. Each of us speaking our own language, often at cross purposes with the language next to us. What we say and the way we say it now has the power to destroy the entire world — or to bring people together. The reality of many different languages creates one set of issues, and beyond that, language infected with insult, lies and incivility creates another barrier to constructive communication.

This realization brought me to a great pause in life. For the first time, I stood in actual awe of Benedict's document, sacred in its wisdom, holy in its intent, that can speak to us from the sixth century with such clarity, such simplicity, such overarching wisdom. The eleventh step of humility is as pertinent as this morning's paper.

From where I stand, I see as never before, life is about language. Our own, first, must be gentle, reasonable, brief and "modest." Humble. We are not the ruling center of the world. Most of all, we must learn to listen to one another. Then, we must learn to speak with all the needs of the world in mind. And wherever we are, in whatever family, church, city, society or country, we must take the first step toward a loving, peaceful world by speaking there as we would want the entire world to talk to one another.

We must begin to free our political system and then the world from this perpetual war of words by freeing ourselves first of the acrimony our words can bring. Only at that point can we really rescue "the common good, the Constitution and the division of powers in a democratic state" even from ourselves.