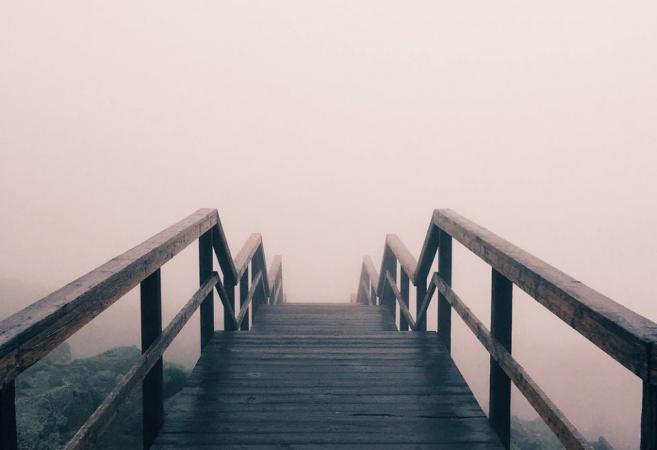 'I thought of religious life, but feared I wouldn't make it'

Fear of making a mistake holds more people back in life than we like to imagine. If they try to ride a bike, they might get hurt. If they go into a crowd, they might not know what to say. If they move to another house, another job, another city, another university, they might not like it there. And so they declare all those things off limits and never try.

Stephen Hawking, the physicist, lived until 76 with Lou Gehrig's disease, or ALS — a neurodegenerative disease — that eventually makes it impossible for the patient to talk, walk, swallow or breathe. The question is clear: Was his work on an entity he himself could never experience a mistake? He put the answer this way: "One of the basic rules of the universe is that nothing is perfect. Perfection simply doesn't exist. Without imperfection, neither you nor I would exist."

"Perfection," you see, is the enemy of growth. The randomness of creation in a world of multiple shapes and shades of the same species produces so many things that are almost, but not quite, what they would seem to have become. Obviously, it is the power to create growth that is the impulse of creation.

On the other hand, psychologically, the search for perfection is even worse. It reduces life to the static. It stops us from trying. It makes it impossible to become the rest of ourselves, the best of ourselves.

In fact, too often, it is fear, hesitation, the desire to be perfect that traps us from becoming everything — anything — we might possibly become. In the end, it is exactly the need for perfection that makes the beauty of the spiritual life such an "impossible dream."

Most of all, fear of failure is particularly toxic where the spiritual life is concerned. The number of people who go through life remembering that they "thought about going into religious life for a while but ended up figuring that they could never make it" — and so never tried — are legion.

And so, to talk about the place of religious life in the modern world is, at very least, to run into two of the most demanding questions of the era.

The first is "How do I know if religious life is for me?" The second is, "Why would anybody go to a monastery in the first place?" The surprise is that the answers are not really as complex as they may seem.

In fact, the answer to the first question is another question: How do musicians know they should be musicians? Or how do auto mechanics know they would like to work with cars? Or how do doctors know they want to be surgeons? The answer is as obvious as it is disturbing. In every case, there is a deep down, simmering fascination in the subject at hand. Or to put it another way, our vocations are already in us. The call of creation is already calling us to set our sights on the good and use the gifts we've been born with.

Then, secondly, there is the felt awareness of the fit between my personality and my continuing interest in the possibility of a religious vocation.

It's then that I am meant to answer the call. Too often I never really abandon the possibility but I also never make a genuine attempt to explore the question seriously. And that's where the mistake lies. We ignore doors in us that we were afraid to open and so miss the other part of ourselves — our souls, and our spiritual development. We are all on our way home to the God who made us. Finding that path is the purpose of life. Which is why the question of how to lead a meaningful spiritual life is a perennial one.

Those people go to monasteries and convents, to seminaries and far away missions to test their call to bring the presence of Jesus, the love of God and the fruits of the Spirit into a secularized world. But all of us also find ourselves immersed in the kind of money and power and control this culture promises and dangles before our souls, keeping us inured to the spiritual life. So we simply go on. But to where? And to what? To fullness of life or to regret?

But one thing is clear: the question of religious life is a perennial one.

Even then, I was taken off guard a bit by the question with which the woman began the conversation. "I really admire people who commit themselves to religious life," she said. "But how do you know that it isn't already extinct?"

I was sitting with one of those women who had thought a lot about religious life but in the end just let the idea disappear — but not totally — and so was still talking about it. This time, to me. It was an important transition to which she was referring.

Religious life itself changes in every great period of cultural change. Otherwise, how could we possibly address the pain and needs and fears of every new generation if we don't bother to know them? The important thing to remember is the insight of the Roman philosopher Boethius. "Every age that is dying," he taught, "is simply another age coming to life." And we are.

Yes, religious life is in transition now. We're going from being rural and institutional bodies of small groups in small places to institutionalized ministries and multicultural community building. And that's what the world itself is changing into, as well.

Most of all, viability in religious life is not a numbers game. Otherwise we must ask the same question of marriage: Is marriage becoming extinct because, at least in this era, marriage is more fragile and less stable than we expected it to be before divorce became an option? Over 40% of marriages end in divorce now. But marriage has also grown into richer relationships. The truth is that the catalogue of human possibilities has expanded — and so expands the arc of civilization with it. Institutions change as society changes. But that kind of change does not necessarily destroy the commitment and stability of our own hearts.

And so it is with religious commitment, too, as it changes itself to do more and better what it once did differently in the past. Change was everywhere after the Second Vatican Council: The clothes we wore changed, the works we did changed, the way we went through life as adult women rather than dependents from the Victorian Era changed, too. And all for the good.

Life was evolving, yes. But not the vows, not the community lifestyle, not our commitment to something greater than the self. But those things are the real essence of holiness and do not change.

From where I stand, religion and religious life are not immune to change. On the contrary, if anyone should be able to muster faith in the God of tomorrow, to seek the fullness of the spiritual life, to trust the move from one generation to the next, it is surely religious life. After all, it has done all of that for the last 2,000 years.

Can religious life change? Yes. Has it become extinct? No. Not in a world where the spiritual life is the ongoing call of God in every heart — and to those wholly, eternally and fully intent on matching their gift of the spiritual life with full faith in God's call to it.