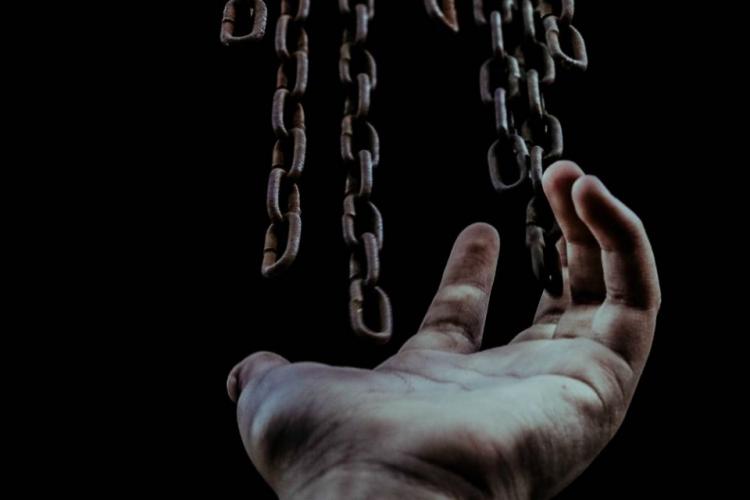 The self-revelation that makes us new again: St. Benedict's fifth rule opens us to direction as we grow

From Where I Stand  March 27, 2021 NCR. This is the fifth article in Sister Joan's NCR series on humility.

Special Counsel Robert Mueller's report on Russian interference in the 2016 election arrived to us and Congress this week sober and serious, albeit in the form of a four-page summary by Attorney General William Barr. In the course of Mueller's investigation, 34 people have been indicted, six of them Trump advisors; seven entered guilty pleas, five have been convicted and are in jail or on their way. All of them lied about something. I can't think of any better time to talk about the fifth degree of humility.

This fifth degree of humility, St. Benedict of Nursia teaches, is that "we do not conceal our sinful thoughts or any wrongs committed in secret … but confess them humbly." What!?

It's clear now what God wants — a sense of the Presence of God within us, openness to direction as we grow, and the patience to endure the process of self-development and the frustrations of trying to heal the world. But here's the question that goes with this next degree of humility — the tough one, the life-changing one: If those things are what God wants for you, what precisely do you want for you?

Up to now, the Rule of Benedict has been focusing us on our relationship to God, our commitment to the will of God, our reliance on wisdom figures to help guide our way through life. Then, suddenly, Benedict shifts our attention from the outside world and its role in our growth to the world within us and our willingness to face it.

It's here that the steps of humility get real, even stop us in our tracks.

In this Madison Avenue-world of hype, exaggeration and embellishment, we are all walking advertisements of ourselves. We learn early to wear the right clothes, say the right things, go with the right people and get the right jobs. Most of all, we also learn that life's all a matter of connections. Truth, merit, hard work have, for many, long ago stopped being the coin of the realm. Now it's not who we are that really counts; it's who people think we are that matters.

Ask the people who knew the people to contact, who, for a slight fee, could get their very average kids into very superlative schools. The plan, of course, was to pad the students' empty resumes for years to come and pad the parents' resumes at the same time. And it was all going to be one big secret, except that hundreds of people knew about it.

Or think of the number of people who will go to jail, become felons at the top of the political ladder. They wanted power or status or money out of being part of the Trump White House, and they wanted it any way they could get it. All they had to do, they figured, was make the connections and then pocket the money and run.

Or rather, imagine what it must be like to be a bishop of the church accused of hiding pedophile priests, ignoring abused children and lying to the parents about it. Denying everything, in fact, until you find yourself standing before your congregation, totally disconnected from your false self, and under the shadow of the courts.

All of them are now in the headlines, their pictures full-size on message boards, their careers in tatters, their futures dubious. For years, it appears, they worked under the table, on the fringes, around the edges of legitimacy, casual about legal violations.

Disappointing, at very least. Unnerving, in fact. Unseemly, all of them.

Nevertheless, in the middle of a world like this, Benedict does not talk about sin. No, he talks about the effects of sin. Like the mystic Julian of Norwich who says, "God does not punish sin, sin punishes sin." Benedict knows that the sins we commit and hide and do not confess can eat the center right out of our lives. A thousand years later, psychologists and counselors in our time made "We are only as sick as the secrets we keep" the mantra of the moment.

But from the sixth century on, Benedict has been warning us of the grueling, agonizing fear of exposure that weighs us down every restless night. As hackers and reporters follow us and friends betray our most personal intimations, it is our secret sins that enslave us to our secret selves.

Self-revelation, the Rule is clear, is the beginning of freedom. What can anyone do to us if it is we ourselves who tear away the masks we've donned before we decided that the weight of the charade is simply too much to bear?

When we are able to say, "No, I didn't go to Yale; I went to the local community college," or, "Yes, we lived in the car for a year while I was between jobs." Or, "I was put in addiction programs three times before I finally accepted the fact that I was on the brink of complete collapse." Or, "I look like a loving mother now but the truth is that I went through post-postpartum depression and tried to give my first child away." And, "Yes, they caught me embezzling. … But then, I found someone to help me walk through my nightmares of self-hatred and my chains of deceit and my sickening desire to hide. I found someone who held my life in her loving hands and walked me out into the sun of truth again."

From where I stand, there it is — the truth that makes us new. It is honesty that makes us free. It is self-revelation that liberates us from the pitiful posturing that turns us inside out. It is humility that enables us to be our true selves and at our best as we start to live newly again.

It is the fifth degree of humility that breaks our chains.

It is the fifth degree of humility whose gift is fearlessness.

And if you don't believe me and the fifth degree of humility, ask those 34 indicted associates whose pictures are on the newspaper message board and the professional felons sitting in jail whether they wouldn't give anything to be interrogated again — so that this time they could tell the truth.